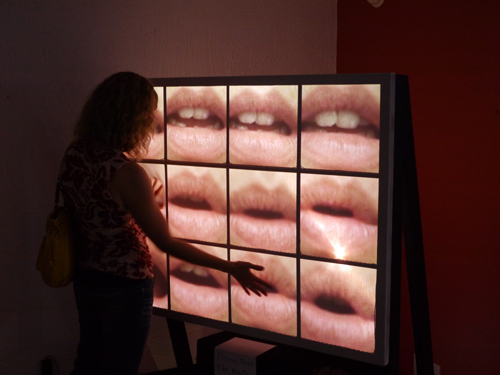 Read about the presentation of this piece at ARTELPHX 2014 in Jackalope Ranch.

Matthew Mosher and David Tinapple. 2016. What We Have Lost / What We Have Gained: Tangible Interactions Between Physical and Digital Bodies. In Proceedings of the TEI '16: Tenth International Conference on Tangible, Embedded, and Embodied Interaction (TEI '16). ACM, New York, NY, USA, 658-662. Matthew Mosher. 2016. What We Have Lost/What We Have Gained: Embodied Interfaces for Live Performance and Art Exhibitions. In Proceedings of the 2016 CHI Conference Extended Abstracts on Human Factors in Computing Systems (CHI EA '16). ACM, New York, NY, USA, 289-292.

This piece explores how to transform viewers into performers, participants, and players through large upper body movements and tangible interactions with a sculpture. The piece was originally conceived as a large scale MIDI drum pad style interface that would be both familiar to electronic musicians yet more physically expressive than typical MIDI devices. As an art installation, it presents a four by three grid of video projected mouths on a spandex screen. Each video sample animates and sings a different vowel tone when pressed by a user. The volume of the singing increases as the player presses harder and deeper into the mouth screen, which distorts the spandex display surface. In this way, the piece provides audio, video and tactile feedback, rewarding the user with a multi-modal embodied experience. This work contributes to the discourse at the intersection of tangible interactions and musical expression by providing an example of how interaction design can facilitate engagement and convey meaning. What We Have Lost / What We Have Gained questions the experience of using one's physical body to manipulate the digital representation of another's body. 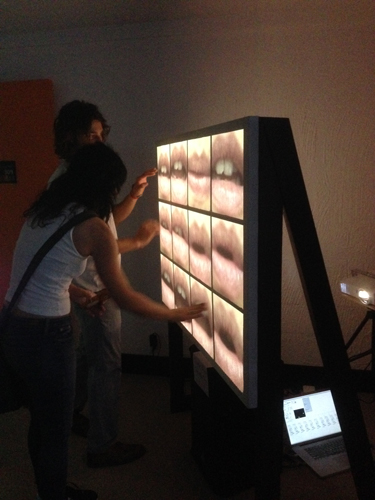 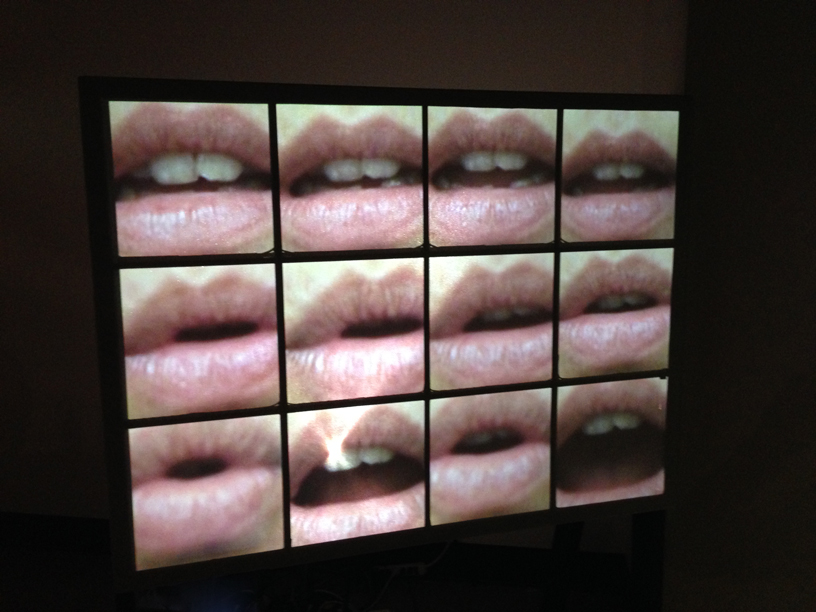