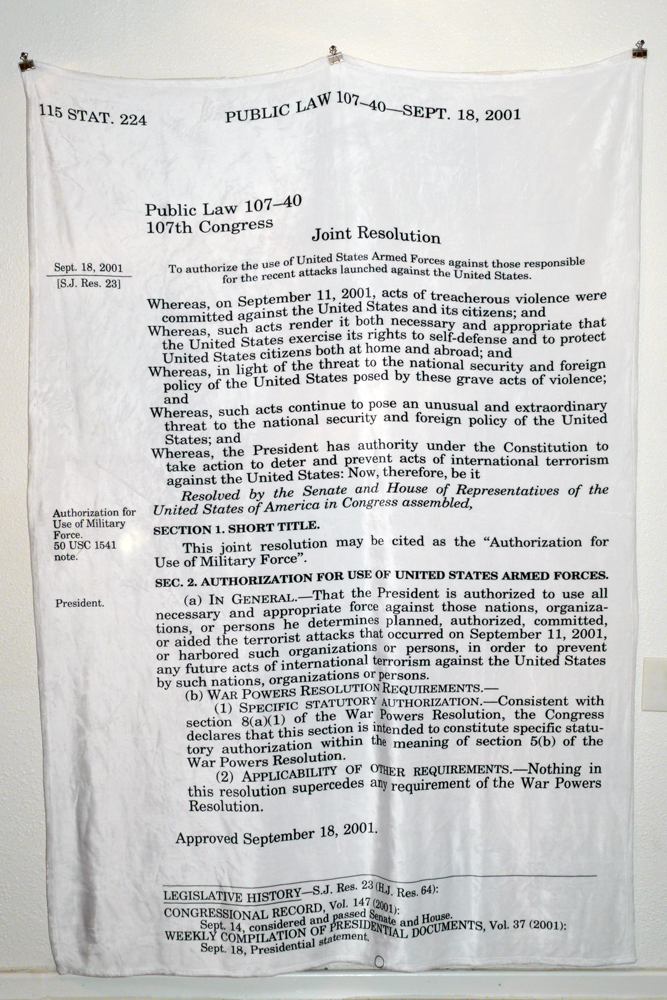 In September 2001 the US congress passed public law 107-40, commonly know as the ‘Authorization for Use of Military Force’ or AUMF.  Designed to allow the president to quickly go after those involved in the 9/11 attacks, the law has continued to see use even after Bin Laden’s death.  Gross interpretation of the law allows the president to authorize extrajudicial killings, aka assassinations, which are usually executed with drone strikes.  These killings are illegal under international law, and ‘political assassinations’ are still illegal in the US per one of Gerald Ford’s executive orders.  The AUMF was even cited to justify the execution of an american citizen abroad without trial.  But hey, it keeps us safe, secure, and now in this plush micro-fleece iteration, snuggly.