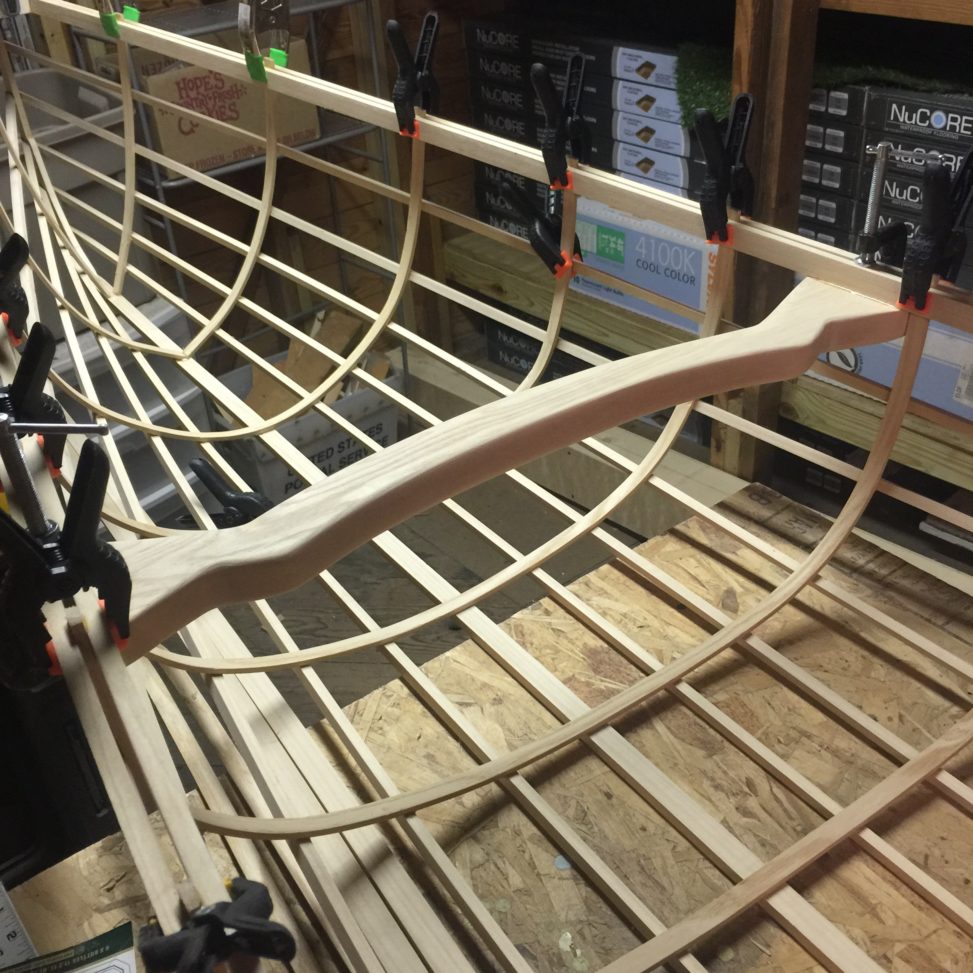 Final Gluing of thwart and floorboards

Put in the last of the wooden pieces including the thwart and floorboards.  I used western red cedar for the floorboards.  The plans only call for the two central ones, but that only gives about six inches of width.  My butt’s a bit bigger than that so I added two more.   It would be prudent to put some finish on the stringers that go under the floor boards before gluing them down.  Oops.

The thwart is ash an quite a bit deeper than the one inch the plans call for.  The plans also have these weird plywood braces because their thwart is so thin.  I didn’t want any plywood on this boat so I just beefed up the whole piece.  I also put a curve in it so that it will be a nice backrest.

You can also see the inwales getting glued here.  The ribs were cut down to about a quarter of and inch, and then flush trimmed after the inwales were dry.  All of this final gluing was done with epoxy.